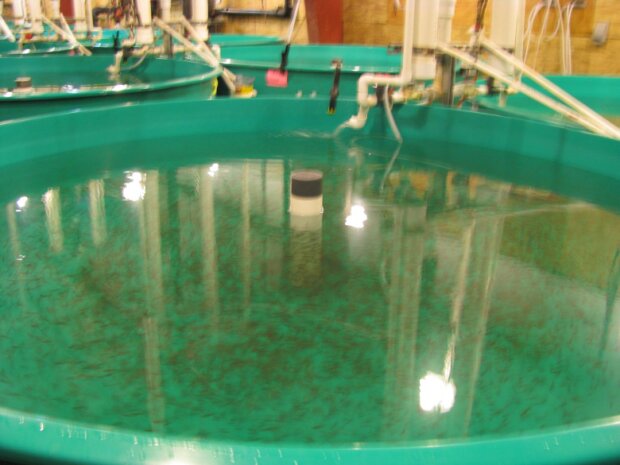 The Earth’s population is predicted to reach 9 billion before 2050 and a major concern now and for the future is how to feed our enormous, growing population.  In addition, approximately 20% of more of our diets should come from animal-based protein.  Considering the Feed Conversion Ratio (FCR, the amount of feed for an animal to convert to weight), we need to move away from beef to pork, chicken, or fish protein.  Not only does fish have the best FCR (approximately 1:1 or 2:1), it is a low calorie protein and contains numerous important nutrients, including essential fatty acids.  According to the U.S. National Library of Medicine (http://www.nlm.nih.gov/) fish nutrients are believed to be effective in lowering cholesterol (triglycerides) and preventing heart disease in addition to being beneficial for controlling blood pressure, preventing stroke, and positively affecting many other health conditions including osteoporosis, bipolar disease, atherosclerosis, rheumatoid arthritis,  kidney disease and macular degeneration.

The USA currently consumes 7 million tons of fish per year but 91% of our fish is imported.  It is important to know the source of our seafood as it is often caught or farm-raised without the regulations that protect the environment or consumers.  Fish farming can provide needed protein especially to the Midwest but it also can present many problems to the environment.  Fish feces and food waste from concentrated containments can pollute local water or lead to algal blooms which deplete dissolved oxygen and result in fish kills.  Most fish aquaculture uses fish meal as a feed for the farmed carnivorous fish.  The meal is made from the flesh, bones and offal of processed marine fish. The primary fish harvested to produce fish meal are anchovies, sardines, mackerel and menhaden.  The harvesting leads to the depletion of food for competing marine carnivores.  The use of fish meal also leads to a lower FCR when the consumption of marine protein is used to make farmed fish. Farm-raised herbivorous (plant eating) fish such as catfish or tilapia eat grain-based meal and avoid the need to catch fish to raise fish and boosts the FCR by comparison.

With the need for sustainably harvested fish in mind,an exciting new enterprise was established in Albany, Indiana – Bell Aquaculturetm.  Using state-of-the-art systems the new facility was designed in 2005 in partnership with the Conservation Fund’s Freshwater Institute (www.conservationfund.org) with the goal to develop a fish farm business that would be as close to sustainable as possible.  So as not to use excessive water resources and to release polluted water, 99.64% of the water is highly purified and re-circulated.  There is no mercury or PCBs in the water (as is a problem for lake-caught fish in Indiana) and no antibiotics or hormones are used.  Research was and is being performed to develop fish diets based on soy and soldier-fly larvae proteins to preclude the use of fish meal food. The first fish fingerlings were produced in May 2007 and a fish processing center was established in Redkey, IN.  In January of 2009 Bell produced their first spawn of Bell Perch brood stock and by August, 1000 lbs of perch were sold.

In order to move towards an even more sustainable business, in 2010 Bell began the mass production of Fish Richtm organic fertilizer made from the bones and scraps left after fish processing.  Because perch proved to be difficult to maintain on the plant-based diet, Bell moved to the production of Rainbow Trout, Steelhead and Coho Salmon in 2014.  These fish have been farmed longer and adhere to the plant-based diet better.  One major problem for Bell was the fish lagoon behind the facility where fish feces were released to break down.  This was a waste of organic material and generated a foul smell.  In 2014, new equipment was purchased to convert fish processing offal, thickened fish manure and dissolved nutrients into organic fertilizer using worms (vermiculture).

Bell Aquaculture is on the cutting edge of sustainable fish farming.  Their business is providing high quality, uncontaminated fish to a large portion of the Midwest. They are continuing to help the local economy, researching the biology of aquaculture and are seeking additional ways to run their enterprise sustainably.

Off the Fence Farms CSA

Posted On 31st May 2013
Union Hospital  will be opening a community garden on their campus in Mid-May. Before they embarked on such challenge, they looked to their neighbor Indiana