Bloomington Pay As You Throw

Pay as you Throw 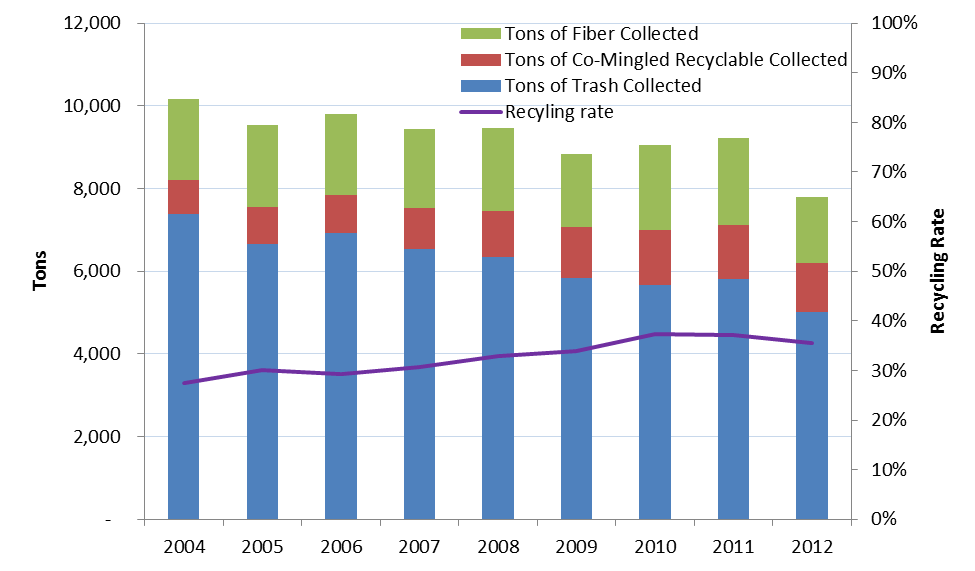 The implementation of a curbside recycling program, along with a pay-as-you-throw trash scheme, has prevented the amount of trash collected by the City from increasing beyond 1990 levels, despite population increases. Bloomington’s pay-as-you-throw policy, which requires that residents pay for each bag collected, has clearly reduced the amount of trash generated. Trash collected by the City declined by 17% during 1994, the first full year of the program. Similarly, solid waste generated in Monroe County declined by 9%.

Posted On 5th May 2015
Nurturing the Urban Forest Sixty four cities in Indiana have achieved the title of Tree City USA. For a list of these cities click

Posted On 10th March 2014
Bloomington residents and businesses are going solar and Solar Systems of Indiana, Inc. is helping them meet their alternative energy goals.  The company has been