City of Evansville Green Community of the Year 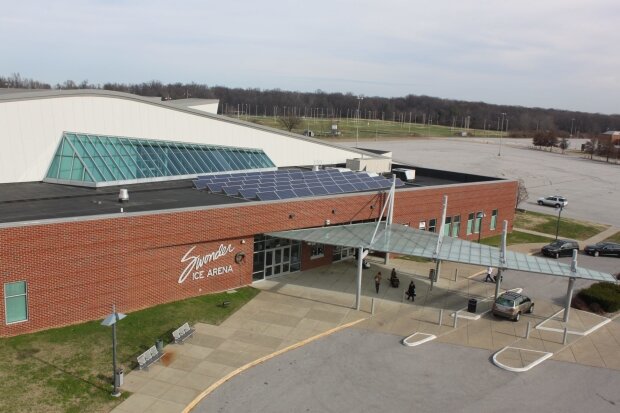 In October, the City of Evansville was awarded the Green Community of the Year Award from the Indiana Association of Cities and Towns for the second year in a row.

The award was based on Evansville’s answers to a 49-question survey. Not only did the city meet the minimum score required to be a Green Community, it also ranked highest among other communities its size.

Here are just a few examples of the city’s efforts to be a greener community:

Electric Vehicle Charging stations – free to the public – have been installed at each of the three public parking garages in downtown Evansville.

The city’s wastewater treatment plant captures methane from the treatment facilities, which is used to fuel generators to provide electricity to the facility.

Traffic signals at approximately 155 intersections have been completely converted to LEDs.

The City recently expanded its curbside recycling program, begun in 1994 with small bins, and now offers single-stream recycling with large, wheeled containers. Household recycling jumped from 41 percent in 2012 to 73 percent in April 2013.

The Pigeon Creek Greenway Passage provides 6.75 miles of walking/biking trails and was recognized at the 2012 Trail of the Year by the Indiana Greenways Foundation. Forty-two miles of Greenway Passage are planned.

The city also has a regional bicycle and pedestrian plan with seven existing bicycle routes on city streets.

The Evansville Department of Urban Forestry was established in 2001. Evansville has been a Tree City USA Community since 2000 and has received the Growth Award every year since 2003.

Within the Evansville Gateway Project/Hoosier Heritage Roadside Program, over 8,500 native grasses and wildflowers were planted on a median on U.S. 41. The program marked the first time that the Indiana Department of Transportation utilized a structured plug planting method and Department of Corrections inmates to grow the plants.

The Clean Evansville program, instigated by Mayor Lloyd Winnecke in 2012, resulted in 2,162 volunteers picking up 2, 128 bags of litter. The program was highlighted by the U.S. Conference of Mayors in its Best Practices and has been replicated by Akron, Ohio.

“The fact that Evansville also won the Green Community of the Year Award in 2012 speaks to the civic pride, work ethic and spirit of volunteerism in this community,” Winnecke said.

Posted On 29th July 2013
The Farmers Market is held from 8 a.m. to 1 p.m. Fridays from May to September at the corner of Second and Sycamore streets in

Get a reusable bag
You can not recycle plastic bags, instead get yourself a reusable bag so that you will not have to worry about carrying your necessities.