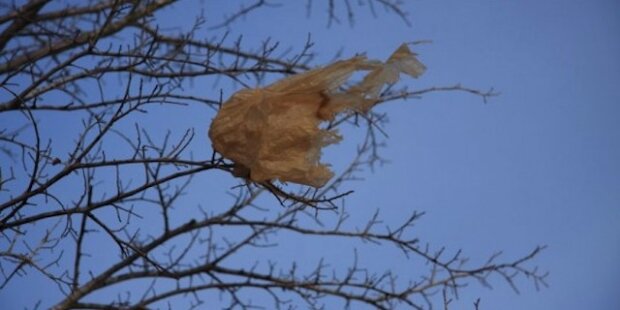 On my drive to and from work, or on a walk downtown, I can always find a plastic bag caught in something, whether it is a tree, shrub or being suppressed by landscaping mulch. The average person uses more than 500 plastic bags per year, yet only 11 percent of them are recycled. The City of Santa Barbara, Calif., has been aggressively fighting the use of plastic bags since 2007 by asking residents, “Where is your bag?”

California resident Kathi King has been leading the charge in Santa Barbara in reducing single-use plastic bag consumption. The goal of the campaign is to educate the public about the negative environmental effects of plastic and paper bags and to promote the use of reusable shopping bags. “To make something out of fossil fuel that you are only using for minutes is really starting to creep into people’s consciousness,” King said.

King says there are more than 47 million plastic bags being used in Santa Barbara annually, yet there are only 100,000 people. When people make the argument that they reuse their plastic bags for their trash cans and to empty out their kitty litter, King suggests folks to use reusable bags three out of the four times, and they will still have plastic bags coming out of their ears under their sinks. “I don’t even get bags when I shop, but I have bags under my sink. I have no idea where they come from,” King said.

Support at the stores

“The windshield decals are like what you would get when you get an oil change, but ours are opaque and business-card size. They have our logo on them with a tagline reminding people to use a reusable bag,” King said.

In Santa Barbara one grocery store has taken the idea a step further by offering customers 5 cents off per bag or a token. The token can then be placed in one of four jars at the front of the store. Each jar represents a nonprofit, rotated on a quarterly basis. To date, more than $10,000 has been donated, all due to people choosing to use a reusable bag. “The owner also put a screen on his cash registers to remind employees to deduct the 5 cents off per bag. He now has more than 40 percent of his customers brining in reusable bags,” King said.

This past week, Santa Barbara had a first reading of an ordinance which would place a ban on plastic bags in grocery stores. If it passes, Santa Barbara will join more than 70 jurisdictions in California and many other major metropolitan cities across the United States to put the seal on plastic bags.

Posted On 12th July 2013
The State of Indiana spends $10 million dollars a year cutting grass by mowing 99,000 acres, the equivalent of more than 154 square miles. Meanwhile,

Gamechanger: Next Generation of Wind Turbines

Posted On 27th July 2013
What makes a new wind turbine exciting? Wind companies are always trying to making their next turbine spin more efficiently and generate more power than

Posted On 5th October 2014
On September 21st, I had the amazing opportunity to travel 14 hours by bus to New York City with Hoosiers from all over the state